I went to the car show at TopGolf Tucson. It was my first time there and wow did they have a lot of cars. Being in Arizona now you never know what you are going to see. There isn’t many Cadillacs at the shows but today I was in for a treat. I didn’t get the owners name but I am sure he will comment on the post and I can edit it in later. He just bought this 1968 Cadillac Deville Convertible a few months back after wanting one for years.

He has been slowly working on it. Had some work done with the carburetor and thats all fixed. Next up he is going to replace the top. It will be white like the original one he is replacing. I am looking forward to seeing it with the top up. Have a feeling I will be seeing more of this Cadillac at the shows.

Before I tell you about the award I want to tell you that I am switching up the newsletter a little bit. Since 2002 I have been sending newsletters out with one topic. The classic Cadillac fans didn’t like it when I sent an article out on new Cadillacs and vice versa. It is tiring trying to please two groups of people. From now on our newsletters will contain a mixture of both classic,vintage and new Cadillacs.

David Checks in with his 1958 Cadillac restoration project

HEY GUYS ,,sorry long time no response,,My 1958 Cadillac restoration coming along great,hope to be driving it soon. Sorry I have limited pics of it. I am an over the road trucker, don’t get home much. Have a problem thoough I need the taillight bessels for it. The ones I have need expensive re-chroming if i cant find better ones. Not going off frame, but pretty close. Any help would be great Vinny. Thanks everyone.

If anyone can help out David with his Cadillac it would be much appreciated. Just leave a comment below and I will make sure it gets to David.

I received an email telling me about an auction out in California. If you are looking for a restoration project you may want to check them out. Starting on Thursday there will be an auction for some Cadillacs if you are out in Oroville California area you may want to check them out. They have a 1962 Chevrolet Cadillac Fleetwood Limousine and a 1959 Chevrolet Cadillac Sedan  You can find more information at http://www.northstateauctions.com/.

Cadillac ATS Named Car of the Year by Esquire

NEW YORK – The all-new Cadillac ATS is the 2012 Esquire Car of the Year, editors of the men’s fashion and culture magazine announced today. The award is featured at Esquire.com and in the October print and digital editions to be released September 18.

“The new ATS is Cadillac’s spirited challenger, built to take on the world,” says Don Butler, vice president of Cadillac Marketing. “Having its design and performance validated in this fashion is a meaningful step in our journey.”

Cadillac’s new sport sedan, arriving in U.S. dealerships now, was chosen by Esquire from a field of the world’s finest new cars.

“It’s been heartening to watch the American auto industry re-assert itself over the last couple of years,” says David Granger, editor-in-chief of Esquire. “The ATS is an exciting new chapter in that process—a balls to the wall effort at reinvention. It’s fantastic.”

In addition to the Car of the Year award, Esquire’s October issue contains a long-form feature documenting the making of the ATS, from design to manufacturing, which began recently in Lansing, Mich.

A compact sport sedan, smaller than Cadillac’s centerpiece CTS product line, the new ATS is the lightest car in its class with a unique architecture designed for nimble driving performance. The new ATS is offered in rear- and all-wheel drive versions, with a choice of powerful and efficient four and six-cylinder engines.

The new ATS debuted to millions of television and online viewers during the recent Summer Olympics. The unique campaign, called “ATS vs. The World” resumes in September, demonstrating the car’s performance in a series of cinematic challenges.

This has been a long time coming to our site but Paul has finished his dream car. We have made 11 pages featuring “Margies” journey from breakdown to being reborn. We have over 11 pages of pictures and although I didn’t make them fast enough we are now to the final unveiling. Paul has been very generous in sharing his story with us. I am very appreciative and so are our readers. 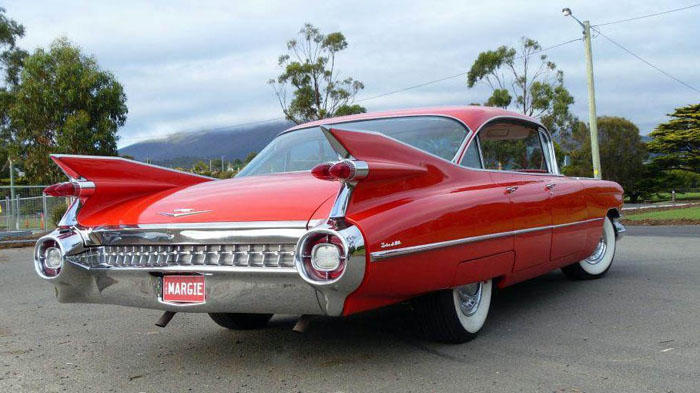 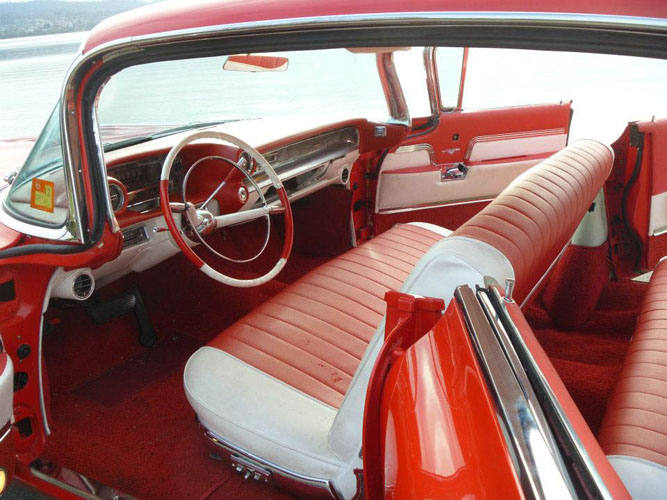 If you feel like it here are the pages from start to finish. You can start on page 1 of the 1959 Cadillac restoration page.

Thanks Paul for sharing with us, we are very appreciative you have made this year really enjoyable to be a Cadillac fan.